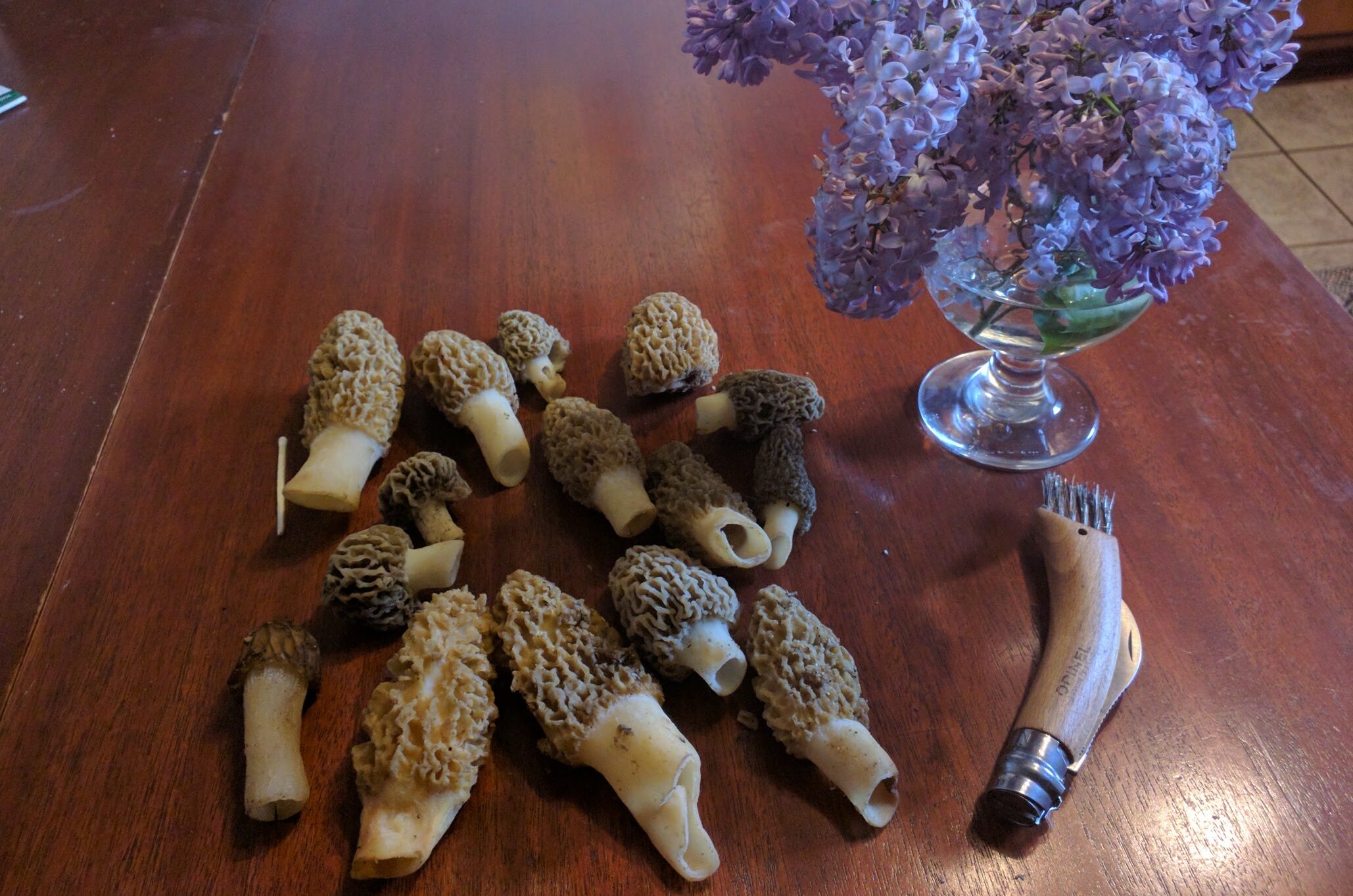 Why let a little rain stop me?

On the first Sunday in May I bundle up and head out. It’s probably still early in the season, but I’m dying to get out, so I grab my raincoat and head southeast.

My plan had been to work my way into the New Jersey Pine Barrens, a place I’ve heard about generally for years and which I’m sure must produce mushrooms. Before I leave the house, though, I discover I’m just missing a New Jersey Mycological Society foray. So, I plan a detour. An hour or so later I’m standing in a parking lot near the Princeton campus, introducing myself to a dozen other mushroom fanatics. They’re gathered around their finds—they’d been at it a couple hours before I arrived—which are mostly lichen. And there, in the middle of the table, are five or so beautiful, pale morels.

We make small talk and I ask “where’d you find the morels, I mean, what habitat” and one of the men, a chef, answers “under poplars.” Of course, under poplars, that makes sense, I mumble. For the life of me I can’t think of what a poplar looks like, but I also can’t muster up the courage to admit it, or to ask someone to point me in the direction of the poplar trees. So, I nod my farewells and head into the woods. After I’m well out of sight I Google search poplars. Then, it makes perfect sense. In Washington we’d had a saying about finding morels when the leaves on the cottonwood tree were as big as a mouse’s ear. As it happens, cottonwoods are a member of the same family tree as poplars.

With that, I’m off. I wander a path alongside the woods and then duck in alongside a stream. I pop out, only to veer into the woods again moments later when I see a tangle of trees that looks promising. I’ve been wandering in this section for a good 15 minutes when the silliest rising cry of delight escapes my throat. “Morel!” I siren at no one. It’s just a little pale blonde, but it’s mine and I’m thrilled to discover it. It’s my first morel of the season and little could make me happier. I find no morel siblings until 10 minutes later when I stumble upon one more solitary mushroom pushing up from alongside a log.

Two is it for the day. I’ll take two.