Oyster Mushrooms While We Wait 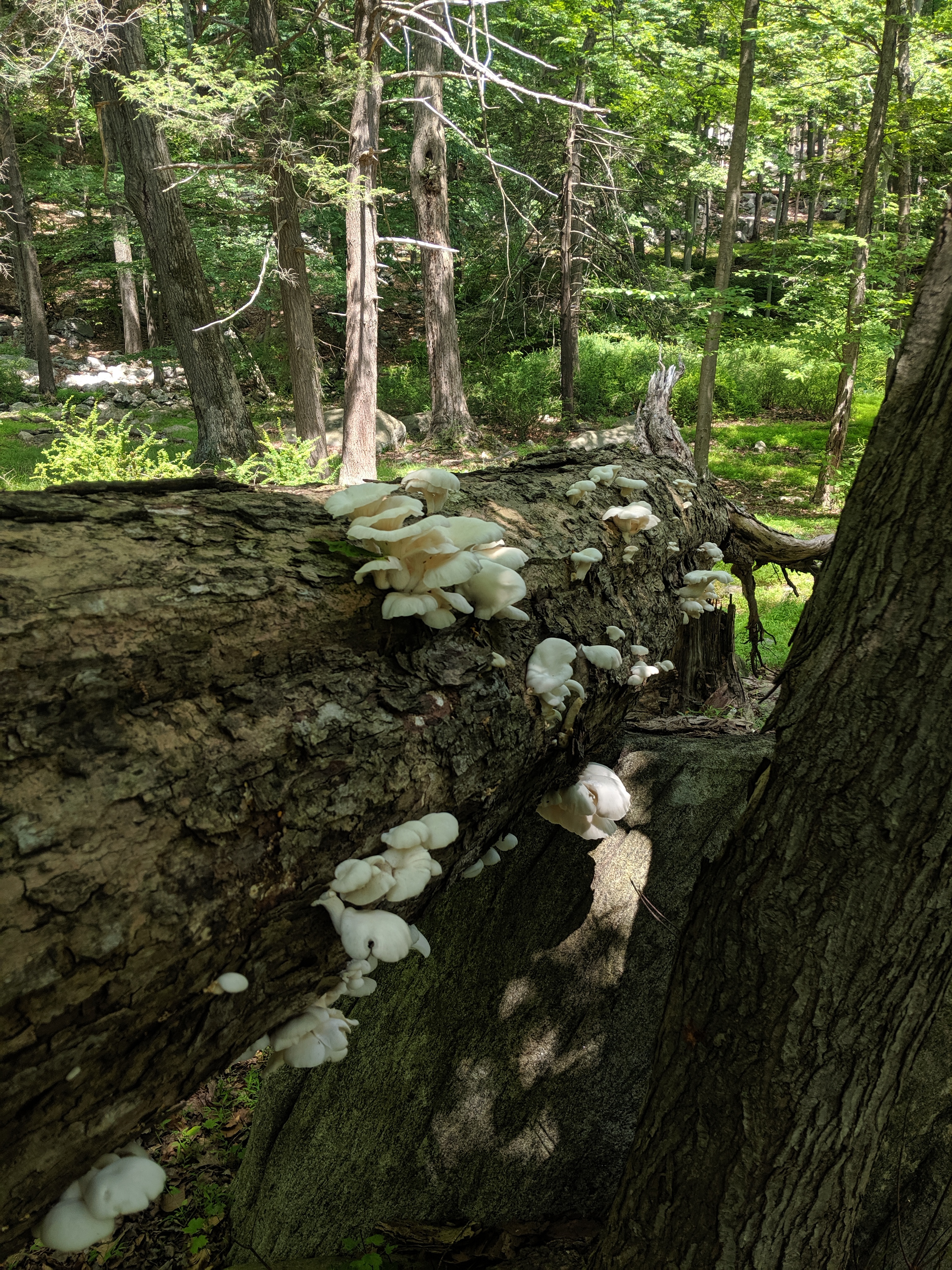 “What am I eating?” my friend Danny asks, picking at the leftover pasta and oyster mushrooms cooling on my stove. To which I explain how I had just been out picking mushrooms a few days prior.

“These are mushrooms?!” I’d forgotten he’s been telling me he doesn’t like mushrooms for a few years now.

It was early July, too early for chanterelles and black trumpets in this part of New York, but I’d been out scouting my spots anyway. I had been hoping at least for some Cantharellus cinnabarinus—cinnabar chanterelles—but hadn’t found any. Actually, that’s not entirely true. I’d seen one tiny cinnabar poking its pin-size head out of the dirt. Not big enough to do anything about, but a sign of things to come, at least.

Conveniently, at the trailhead to this favored spot, there also happens to be an old log that regularly grows Pleurotus ostreatus, or oyster mushrooms. And while my cinnabar spot might not have been producing, the oyster log certainly was. So, I’d harvested a good pound-plus of oyster mushrooms, cleaning them of bugs and answering questions as I went. So, at least I hadn’t gotten skunked.

And then, a few days after that harvest, I had a convert. My I-don’t-like-mushrooms friend couldn’t get enough of them. A couple of days after that first taste of them, he asked about the mushrooms again, and how did I cook them? It was a not so subtle hint, and one I was happy to take. I explained that I usually slice oyster mushrooms, then cook them in a little butter or oil—very little if I’m working with a good nonstick pan. If I have soy sauce on hand, I also love to toss some in and let the mushrooms caramelize.

I was out of soy sauce, so instead, I fried up the last of the weekend’s oysters then scrambled in some eggs, and pretty soon our plates were clean. Maybe, if said friend plays his cards right, I’ll stop by his place in Connecticut this fall with a cache of matsutake. Or, maybe I’ll keep those for myself.

DIY: How to Cook Oyster Mushrooms
– Clean oyster mushrooms of any bugs. Do this as you are picking if possible.
– Slice oyster mushrooms in the direction of the gills.
– Add scant butter or oil to a pan and saute until cooked through and beginning to caramelize at edges.

– Or: Saute in a hot pan until beginning to cook through, then add soy sauce, increase heat, and cook quickly, stirring often, until mushrooms have caramelized.

Oyster Mushrooms and Snow Peas
– Clean oyster mushrooms of any bugs. Do this as you are picking if possible.
– Slice oyster mushrooms in the direction of the gills.
– Add scant butter or oil to a pan and saute briefly.
– Add cleaned peapods to pan. Saute briskly.
– Add soy sauce, increase heat minutely, and stirfry peapods and oyster mushrooms until peas are cooked through and mushrooms have begun to caramelize.